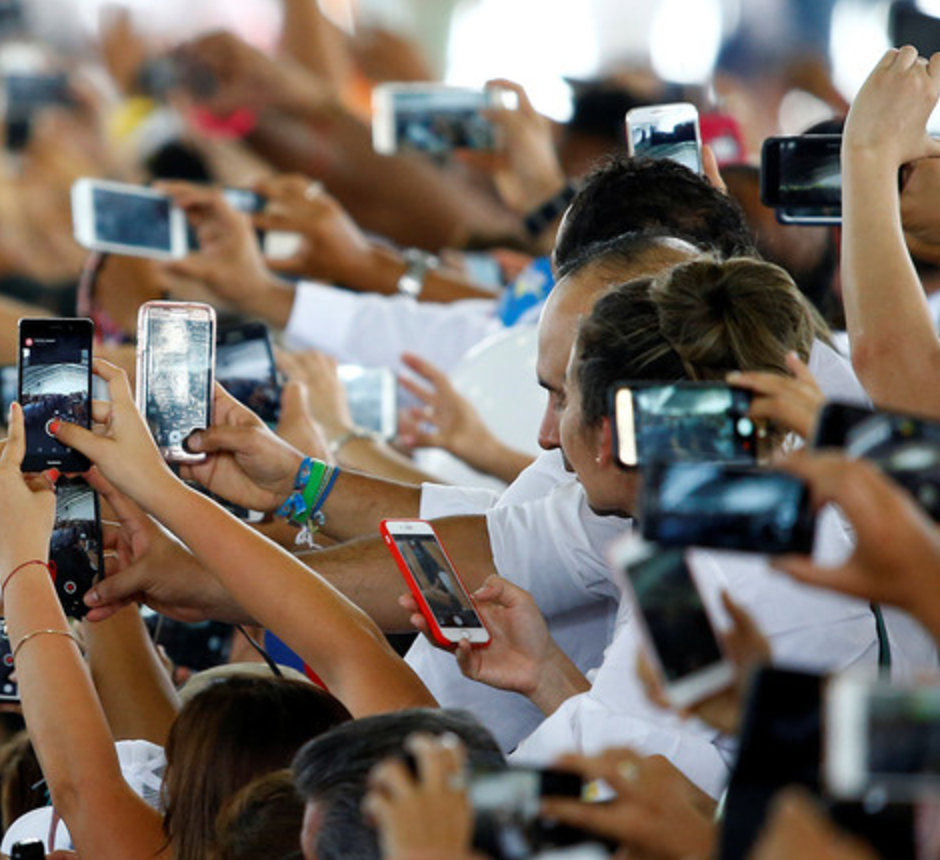 This story was originally published on the World Economic Forum on September 28, 2017.

You’ve probably heard about conflict diamonds, from news coverage or even from the Leonardo DiCaprio blockbuster Blood Diamond, which delves into the violent origins of the precious stones. Around the world, consumers are increasingly taking steps to ensure they’re not purchasing a blood diamond when shopping for an engagement ring.

Few of us take the same precaution with our electronics.

Here’s a dirty secret, though: Your smartphone is made with conflict minerals. So is your computer, iPad, Fitbit and any number of other electronics.

As with conflict diamonds, many of the minerals in these devices come from war-torn regions rife with human rights abuses and unsafe working conditions. According to the official guidelines determined by US legislation, conflict minerals include tantalum (used to make capacitors and high power resistors), tungsten (used to make filaments), tin (used to make solders for electronic circuits), and gold (used in electronic circuit boards) mined in the Congo, Angola, Rwanda and seven other nearby nations. Experts are calling for cobalt, an element used to make the rechargeable batteries found in most electronic devices, to be added to the list. An investigation by the Washington Post published last year traced cobalt used by major manufacturers back to hazardous, hand-dug mines in the Congo.

Meanwhile, terrible working conditions aren’t limited to mines in Africa. Electronic companies depend on raw materials from countries where forced and child labour is common, such as India and China.

Complex global supply chains make it incredibly difficult (if not impossible) for companies to determine whether human rights’ abuses occur at any point in the supply pipeline. It’s not uncommon for minerals to pass through 10 different parties on their way to the manufacturer. Deals are often based on multi-generational connections, and transparency is voluntary, a combination that allows inhumane working conditions to fester.

The challenge of disposal

The problem is compounded by the way we dispose of our electronics. Only 29% of electronics in the US are recycled. The rest end up in landfills, where they leach chemicals, including bromides, beryllium, and lead, into the soil and groundwater.

Recycling might seem like a better option. But, in reality, the name is usually a misnomer. Up to 80% of the recycled electronic material in the US is shipped overseas. China, India, Ghana, and Pakistan are full of e-graveyards where workers burn the electronics to remove metal components, breathing in the toxic fumes.

Most of the recycled products that don’t end up overseas are sent to a smelter. But even this best-case scenario is problematic: while a few metals are extracted in the smelting process, the rest of the materials are left to burn. This, in turn, releases harmful compounds including dioxins and furans into the atmosphere, while also contaminating the remaining slag.

As the global middle class expands, so does the scale of the problem. E-waste is the fastest growing waste stream: By 2020, there will be 20.4 billion connected devices, according to research firm Gartner. Unless we make some drastic changes, the majority will end up in a landfill. We’re hurtling toward a full-blown humanitarian and environmental crisis.

Digging ourselves out of the e-waste dilemma

The need for action is self-evident. And the end-goal is clear: finding more sustainable ways to make, recycle and reuse our electronics. It’s the “how” that’s tricky.

Rapid technological advances and built-in obsolescence mean a continual consumer demand for newer and better gadgets. While noble in intent, demanding that manufacturers simply track and eliminate conflict minerals may be too complicated to ever realistically implement. Encouraging consumers to refurbish used devices instead of throwing them away by improving their repairability is a viable option. But as tech companies continue to push out new products, its impact will be limited.

Instead, we must overhaul the supply chain.

At present, we have a cradle-to-grave system: electronics are made, sold and then buried in landfills. To achieve meaningful change, we need to transition to a cradle-to-cradle cycle, in which manufacturers become custodians of the minerals used in their electronics. In this circular economy, old electronics are converted back into their mineral parts, which are then used to create brand-new devices.

To fulfill this vision of the future, we need better technology. Fortunately, on this front, we are finally making some strides. One especially promising option borrows large-scale sonic technology from the mining and heavy oil industries, where it’s traditionally used to remediate valuable but contaminated soils.

Powerful underwater sound waves are used to separate electronics into their component parts—a process that can recover all 21 minerals used to build a standard iPhone, without destroying all the plastics, fibreglass and ceramics. Not only is the operation more sustainable than incineration, but the recovered materials can re-enter the supply chain, reducing the need for manufacturers to purchase additional raw conflict minerals. I’ve seen up close the potential that this solution holds for the enormous challenge of e-waste.

At a test facility 1,000 miles north of Silicon Valley, we’ve successfully processed 36,000 pounds of circuit boards and solar panels using this technology. Without resorting to smelters or environmentally damaging processes, this process recovers over 90% of all the metals inside. More importantly, the remaining metals are still contained within the closed-loop system, waiting for a recovery in the future. This solution can scale around the globe, providing one truly viable alternative to traditional electronic recycling.

The problem of e-waste is real, serious and growing worse each year. Awareness is the first step toward a solution. As consumers, we need to raise our voices to demand that manufacturers work towards building a better supply chain. Just as we demand that our produce is organic, our coffee is fairtrade and our jewelry doesn’t come from a conflict zone, it’s time we start demanding that our smartphones are ethically and sustainably sourced. The alternative is leaving our children a mountain of toxic debt—the billions of phones, laptops, and electronics we casually bought and then just threw away.